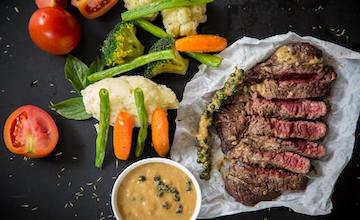 New research from scientists at the Universities of Aberdeen and Leicester has identified an area of the brain that drives cravings for protein-rich food.

It is widely posited that a low protein diet is associated with obesity and this new finding has implications for the development of targeted treatments for obesity.

The team found that when rats were given a low protein diet, a specific area of the brain known to play a central role in food-seeking behaviours called the ventral tegmental area (VTA), became more active when they were consuming protein-rich food.

“Our findings are hugely significant as protein intake is essential for life. We need protein and amino acids for numerous biological processes and the only way is through food intake. So, it is important to understand how the brain drives our behaviours according to our current needs” 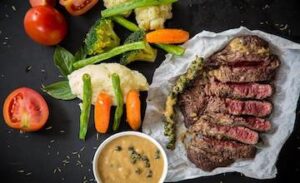 The study, funded mainly by the BBSRC and the Leverhulme Trust and the Tromsø Research Foundation among other funding partners, is published this week in The Journal of Neuroscience. The authors report that when protein had been restricted previously, the VTA responded more to protein than to other nutrients, which suggests that the animals’ brains had adapted to ensure protein levels are maintained. Such an adaptation is meaningful as insufficient protein can have severe consequences for health and in extreme cases can lead to death. In addition, low levels of dietary protein has been proposed as a driver of obesity. Until now, it was not clear how the brain influenced protein intake.

“Our study is the first linking changes in protein preference and specific brain activity. The VTA is known to play a central role in motivation processes for other nutrients and we show here it is also the case for protein.”